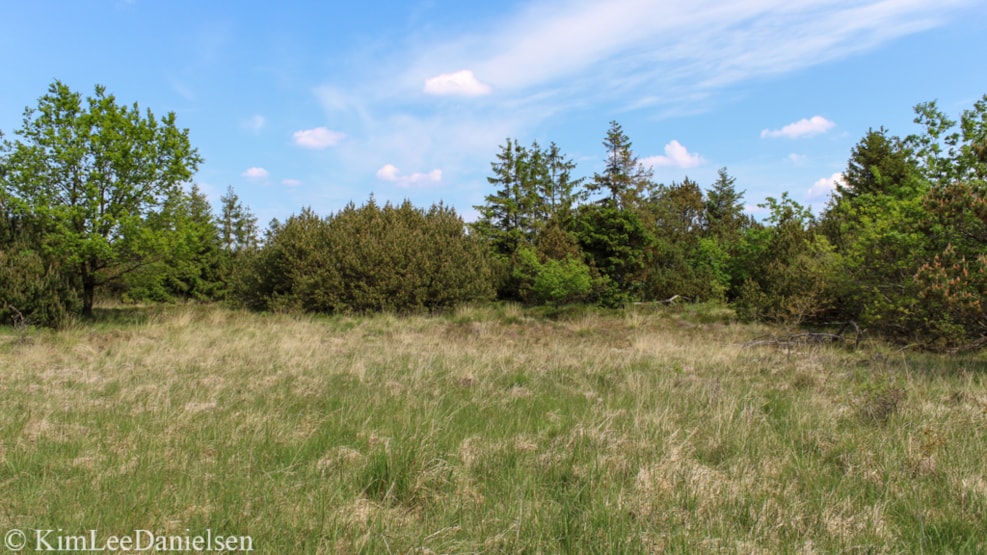 The grave site at Årupgård is so far the largest know gravesite from the pre-roman iron age in Denmark.

The burial mound site at Årupgård has been known since the 1890s, but the site was not excavated until 1970-1972 by Haderslev Museum. The site quickly turned out to be far more extensive than first assumed.

The site's main focal point is a large bronze-age mound, which still stands on the heath. From there, the burial site stretches south in two belts; one measured 450 meters in lenght and 100 meters wide, the other around 200 meters in length and 100 meters wide. In the cultivated part of the field, around 1200 burial mounds were excavated, and there are still 300 burial mounds left untouched in the protected area of the heath. With approximately 1500 burial mounds, the grave site at Årupgård is the largest known grave site from the pre-roman iron age in Denmark.

The burial mounds are made up of small mounds, surrounded by a circular ditches and containing an urn with the burned remains of the deceased in the centre. Sometimes, small metal objects related to clothing, such as pins, torcs, hooks for belts, etc., and some urns also included small clay vessels as grave offerings.