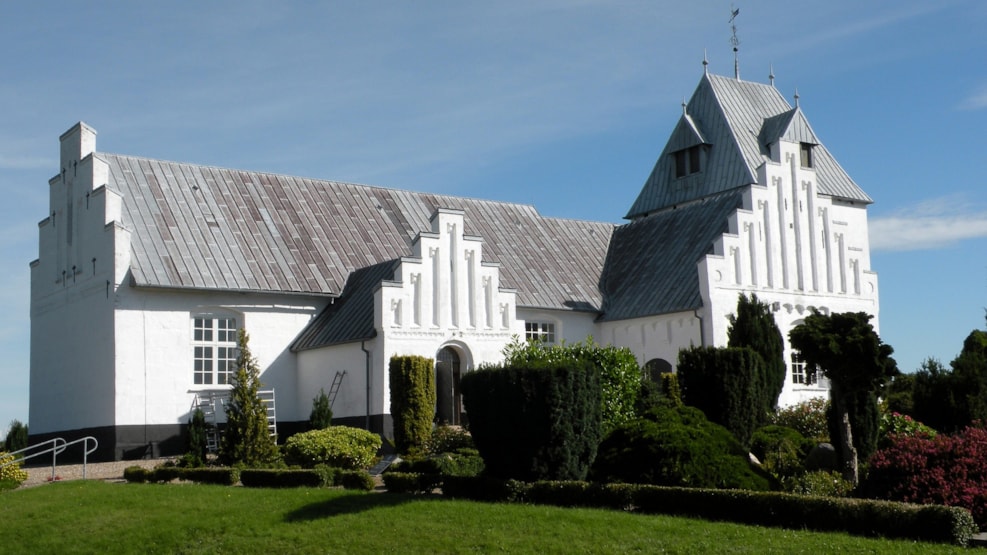 Halk church is a whitewashed church with a lead covered roof, which consists of a Romanesque choir and nave. Later, an expansion towards the west was added, as well as a sacristy, weaponhouse, chapel and an east facing tower, which is rarely seen.

The alter tablet is a beautiful combination of parts from a late-gothic alter tablet, which has been inserted into a late-renaissance frame from around 1640.

The church has an unusually large amount of fixtures from the middle ages, including:

The fixtures alone makes the church worth a visit! The church is open in connection to services.

Halk church is the dividing point between legs 6 and 7 on the Camino Haderslev Næs trail.

The church is open during the daytime, from 8am to 8pm.