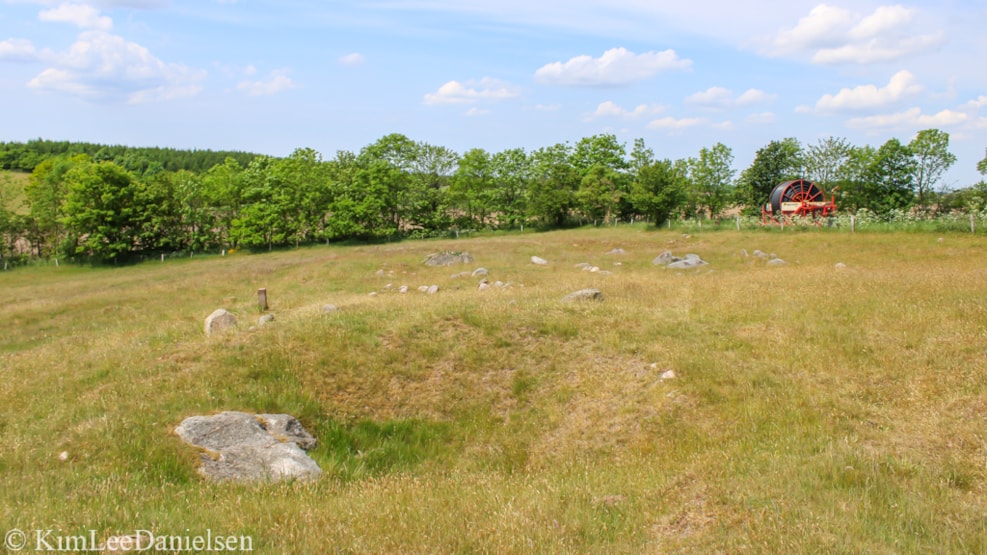 South of the village Harreby between Ribe and Rødding you can find a small collection of barrows, which, in several ways, are rather unusual.

The barrows were found and excavated in the mid 1930s, but it was not until another dig in 1982-1983, and again in 1990, that it was established how the graves originally looked.

At the site there were three long-barrows with a total of seven stone-chambers, two of them side by side, the third further east. But contrary to the usual practice, here, the chambers are completely or partially submerged in the ground, so they do not look like much in the surrounding landscape. It certainly does not help that a large part of the chamberstones have been removed over time.

The three long barrows that covered the grave-chambers were plowed down, but the outline could be sensed by the traces left by the rows of stones, which originally surrounded the barrows. They all had a distinctly trapez-shaped outline, an outline which has been known for many years from the areas south of the Baltic Sea, but has only begun to surface in Danish archeology during the past few years.

In terms of age, the Harreby barrows belong in the latter half of the 4th millennium BC, but were used far into the next millennium. Archaeologists have not found many objects at Harreby, but some of the finds include several flint axes and some clay vessels.