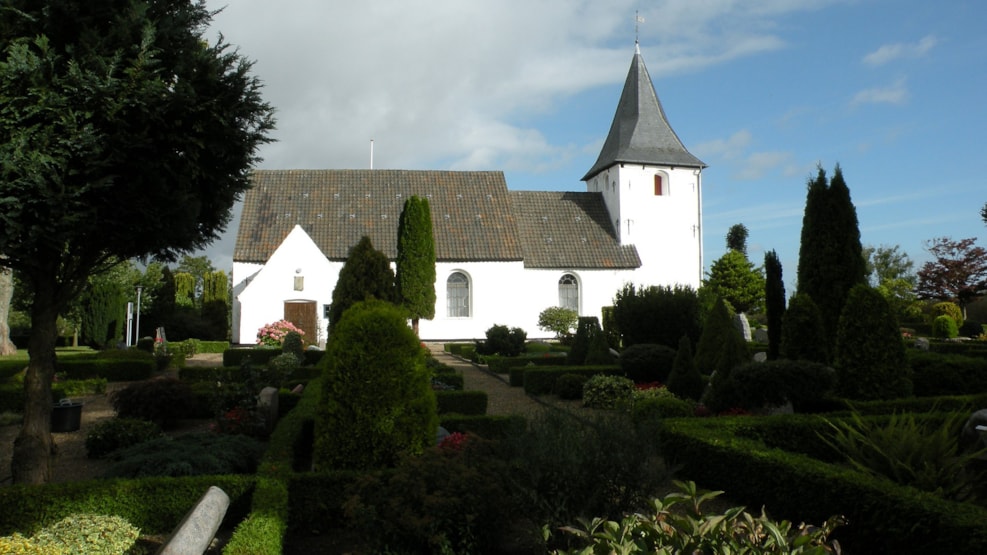 Just outside Christiansfeld you will find Hjerndrup Church, which is a whitewashed church places high in the landscape. As one of the few churches in Denmark, Hjerndrup Church has had a late-Gothic tower added on the eastern side of the building.

A legend says that there was a rivalry between the builders of Sommersted Church and Hjerndrup Church. When the Hjerndrup builder won, the adversary was so enraged that he threw a boulder towards the church spire. However, the stone only went halfway and still lies on the field.

The building has gone through several changes. Large windows were added, and the original Romanesque choirarch was expanded in the late Gothic age. But the beamed ceiling still remains in both choir and nave.

The alterpiece is a late-Gothic winged alterpiece from around 1475, with the centre panel depicting a crucifixion scene and the wings depicting the apostles. The platform beneath the alter, the predella, is adorned with a painting of the last supper from the 1700s. Both the alterpiece and the matroneum stem from the original Tyrstrup Church.