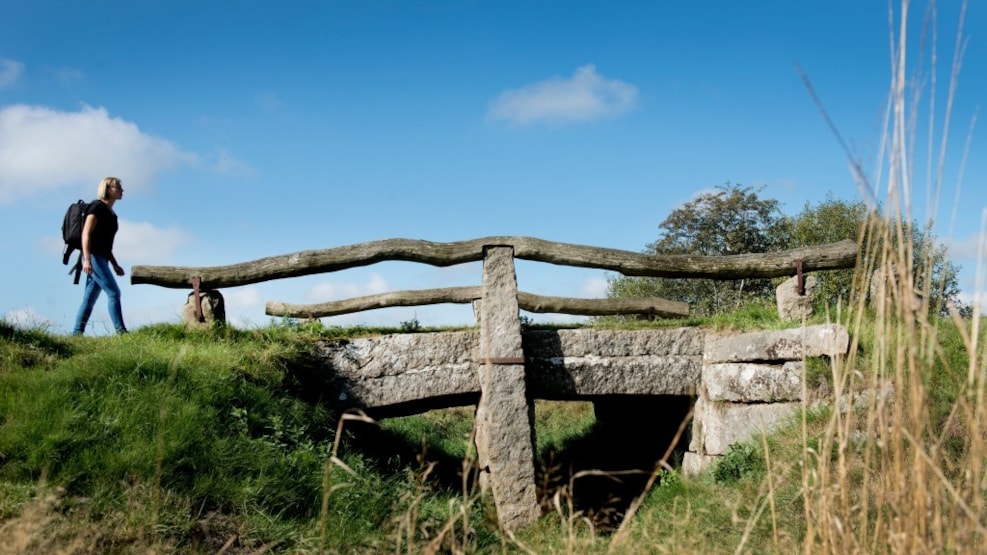 Since 1786, the characteristic Immervad Bridge has allowed travelers to cross the stream.

The bridge was built using cleaved granite boulders; Previously, there was most likely a wooden bridge on the site, but the name "Immervad" suggests that the place has been used as a crossing even before the bridges. Today, the old crossing is dry, and the stream follows new tracks.

The granite ashlars used on the bridge were cut from a single, enormous granite block. You can see how some of the carved ashlars line up precisely besides each other, as they were taken from the giant block. The new, solid stone bridge made it significantly easier for the cattle breeders to transport their cattle from Denmark to the markets in Hamburg and Rendsburg. On an average day, 700-800 creatures would pass the bridge.

Crossings and bridges have always been gathering points for travelers, so naturally there was also an inn at Immervad, which was famous for its yellow peas and pork. Today, Immervad Inn is closed, but there is a rest area and a modern farm, where you will also find one of the many hostels on the Ancient Road.