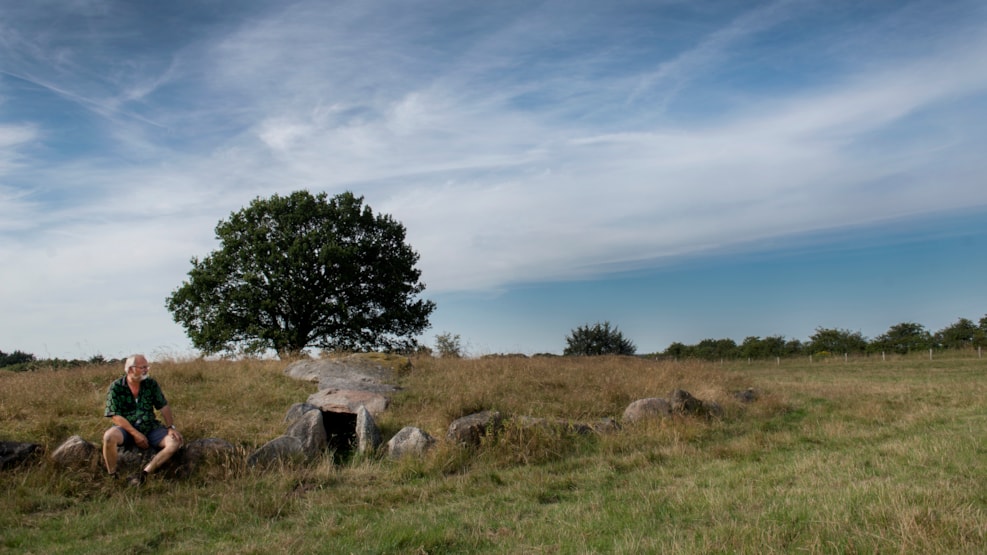 Near Holmhus, south of Vedsted, is one of the most impressive groups of ancient monuments in Southern Jutland.

Within a short distance of each other are three long barrows, two round barrows and a gallery grave. Two of the long barrows lie side by side and are 92 and 115 meters long respectively - the latter is one of the longest in Jutland. The graves were all constructed in the early Neolithic period, 5200-5500 years ago. Finds from the graves show that they were in use for several centuries. When a new burial took place, the remains from earlier burials were neatly laid aside - which is why gallery graves are sometimes described as charnel houses. A sacrifice was often made at the entrance of the burial chamber in connection with the burial ceremonies. At one of the dolmens, archaeologists have found fragments from at least 109 different clay vessels from these ceremonies.

Two of the graves have preserved the covered burial cambers. It is a very strange experience to crawl through the passageway into the darkness of the burial chamber. After you have become accustomed to the darkness and the atmosphere in the depths of the mound, you could try to imagine what took place here 5000 years ago.

The finds from Holmshus are on display at Museum Sønderjylland in Haderslev.